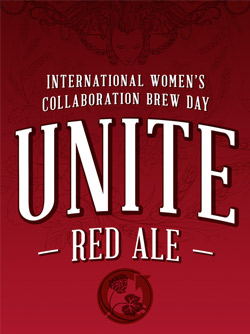 Sockeye Brewing – which will be featured in the upcoming release of Thinking & Drinking – is tapping its Unite Red Ale as a fundraising brew for the Pink Boots Society.

As described by Sockeye when announcing the release, the “batch has a sweet, smooth, and rich red malt backbone. It has been hopped with four varieties, including a brand new experimental #6 from Jackson Hop farms in Wilder, Idaho.”

Proceeds from the beer will be donated to Pink Boots Society Scholarship Fund, and Boise’s Women and Children’s Alliance.