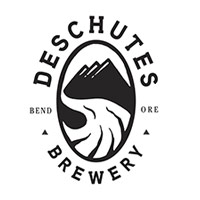 If you can’t make it to Deschutes Brewery in Oregon then they’re going to bring their beer to you.

Deschutes’ Street Pub (#StreetPub) is a 400-plus foot transportable bar crafted from reclaimed oak and iron, complete with 40 taps and it’s making stops in cities across the U.S. starting in May.

“We were founded as a small downtown public house more than 26 years ago, and the personal connection with our patrons is a core part of who we are,” said Deschutes’ Joey Pleich, the brewery’s field marketing manager. “The Street Pub is our way to bring the essence of our pubs to fans across the nation.”

The Street Pub, which features all of Deschutes Brewery’s beers, will make seven stops during it’s 6,ooo-mile cross-country road trip. Each stop will include “culinary creations from Deschutes Brewery’s Executive Chef Jeff Usinowicz, and live local music” as part of a day-long street party in each city.

Deschutes Brewery, which donates $1 per barrel of beer sold each year to nonprofit organizations, will be selecting a charity in each city during the Street Pub tour and that charity will receive proceeds from the event.

Here’s where the Street Pub will be stopping (full details to be announced):