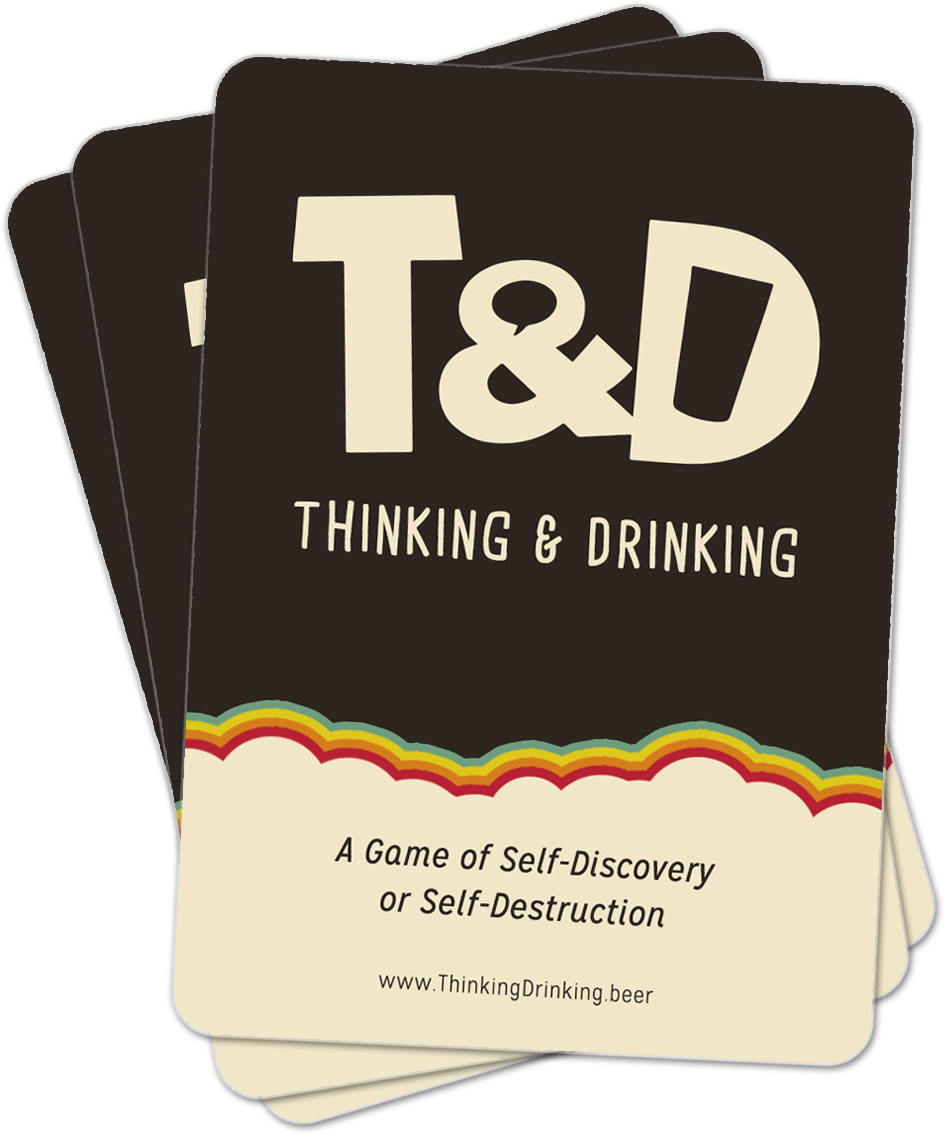 PHILADELPHIA – Thinking & Drinking, the craft beer card game launching on Kickstarter later this month, today announced more than 200 craft brewers from across the United States have already agreed to be featured in the game. The growing roster of breweries also includes at least one brewery from each of the 50 states and Washington, D.C.

“Thinking & Drinking will feature breweries ranging from small start-ups and first-time entrepreneurs to some of craft brewing’s biggest and most well-known names,” said Jonathan Cooper, founder of Thinking & Drinking. “The range of brewers we are including is reflective of the craft beer industry in terms of size and growth. We’re grateful to all those who have agreed to participate in Thinking & Drinking.”

Thinking & Drinking is a game featuring more than 300 question cards that are designed to foster conversation among players. Each card includes the profile of a U.S. craft brewer – including a featured beer.

“One of our goals is to introduce players to craft breweries and beers that they may not yet know,” said Cooper. “Thinking & Drinking is designed to get people talking, to get them to discover something new through conversation. The brewer profiles are another opportunity to add to that discovery.”

With more than 300 question cards included in Thinking & Drinking there is still opportunity for brewers to participate and submit a no-cost profile for inclusion in the game. Brewers can visit www.ThinkingDrinking.Beer/Form to submit a profile.

About Thinking & Drinking
Thinking & Drinking: A Game Of Self-Discovery Or Self-Destruction is a card game of 300 questions that are crafted to foster conversation. Each time a question is asked, every player must answer. Those answers may reveal something new about other players … and maybe even yourself. Thinking & Drinking is designed for players 21+ and should always be played responsibly. (www.ThinkingDrinking.Beer)